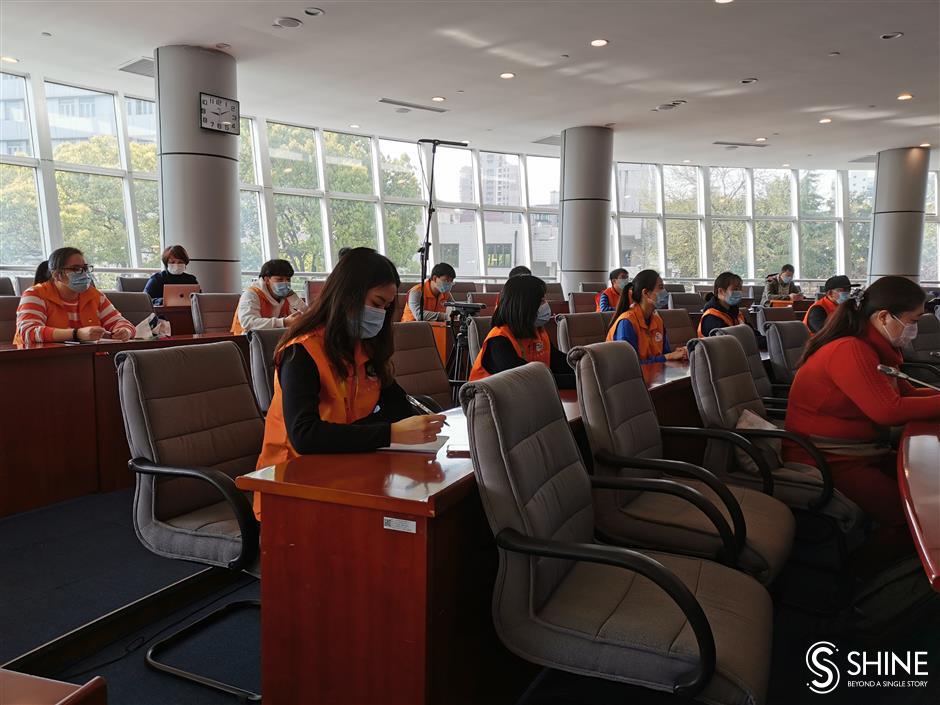 Before 22 volunteers went into their posts on Tuesday, they were trained in what the job entails at the Shanghai Center for Disease Control and Prevention. 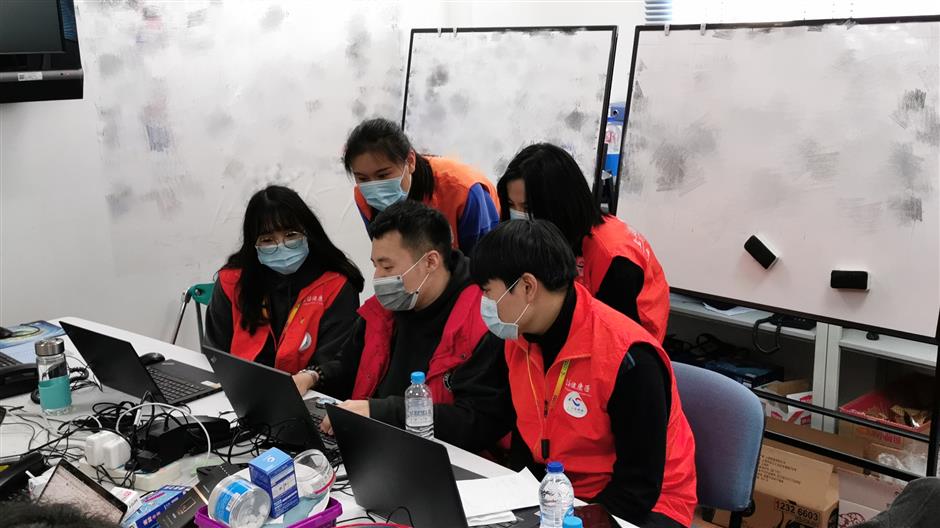 FORTY-Four medical students and a teacher have been recruited to help with the epidemiological survey of potential novel coronavirus patients.

The first 22 started work on Tuesday after completing professional training.Their main job is to call close contacts of confirmed COVID-19 patients and make sure their contact information is correct so that the city’s health workers can find them in person to implement quarantine measures.

They will also help in tracking the movement of close contacts since their last contact with confirmed cases and register their close contacts.The students and teacher from Shanghai University of Medicine & Health Sciences will work alongside about 40 staff at the Shanghai Center for Disease Control and Prevention.

The center said its team has been working nonstop for more than 60 days and kept records of over 24,000 people. They had sought volunteers to relieve the burden on its workers.The team works in two groups. One is responsible for getting in touch with close contacts on the same plane with confirmed cases who flew to Shanghai from other countries, and the other for communicating with other Chinese cities and provinces in tracking close contacts of confirmed cases.

Ying Na, a pharmaceutical sciences student who is graduating this year, was one of the volunteers starting work on Tuesday. She communicates with other cities and provinces on the tracking of close contacts.“My fellow volunteers and I are seasoned in volunteer work, so we can communicate with others well and handle the pressure,” she said.

Liu Danni, who has been a team member at the center for over two months, said the job carried a lot of responsibility.

“When you have a person’s seat number on the plane, you have to confirm with that person whether he or she had changed seats on the plane,” she said.

Close contacts on the plane are defined as those seated on the same row with the confirmed case and on the three closest rows in front and behind.

Workers also have to confirm the addresses of close contacts, because sometimes the address given is not where the person lives, Liu said.

All workers and volunteers have been given a laptop and a flash drive exclusively for the purpose of the job, and they have to make sure not to send the data collected through their work via instant messaging services.

The volunteers signed a pledge to stick to the privacy protection rules before they started work.